Home → News → The great success of the UNESCO Creative Cities in Poland!

The great success of the UNESCO Creative Cities in Poland!

In 2018, two UNESCO Creative Cities in Poland – Krakow and Katowice – will join forces to host the prestigious Annual Meeting of the UNESCO Creative Cities Network (UCCN). Delegates from nearly 200 cities and 6 continents will arrive in Poland to take part in debates, plenary sessions, workshops, cultural activities and more! The conference theme “Creative Crossroads” will explore opportunities for innovations that are born from cross-sectoral cooperation and collaboration.

Till today, the UCCN Annual Meeting has been held in cities such as Chengdu (China), Kanazawa (Japan), or Östersund (Sweden). What distinguishes the upcoming summit are the combined efforts of Krakow UNESCO City of Literature and Katowice UNESCO City of Music to organize this prestigious gathering. This will be the first instance that two cities in the network co-organize the event.

During the nearly week-long itinerary, the delegates will participate in formal plenary sessions, which will tackle issues like the strategic development of the Network, and sub-group meetings and workshops in each creative field (film, music, literature, media arts, design, gastronomy, crafts and folk art). Official meetings for the UCCN Steering Committee are also planned. This is especially key, as Krakow has served as the Coordinator of the Cities of Literature and one of seven members of the UCCN Steering Committee since 2014. The delegates will also have a platform to present international projects and to share best practices.

It is not by accident that the Annual Meeting will take place in June. Two important cultural events in the festival calendars of the two Host Cities will coincide with the Annual Meeting — the Miłosz Poetry Festival and the Garden of Sounds World Music Festival.  Both cities will be officially presented as the 2018 hosts during the 2017 Annual Meeting, which takes place this year in the French city of  Enghiens-les-Bains in June. 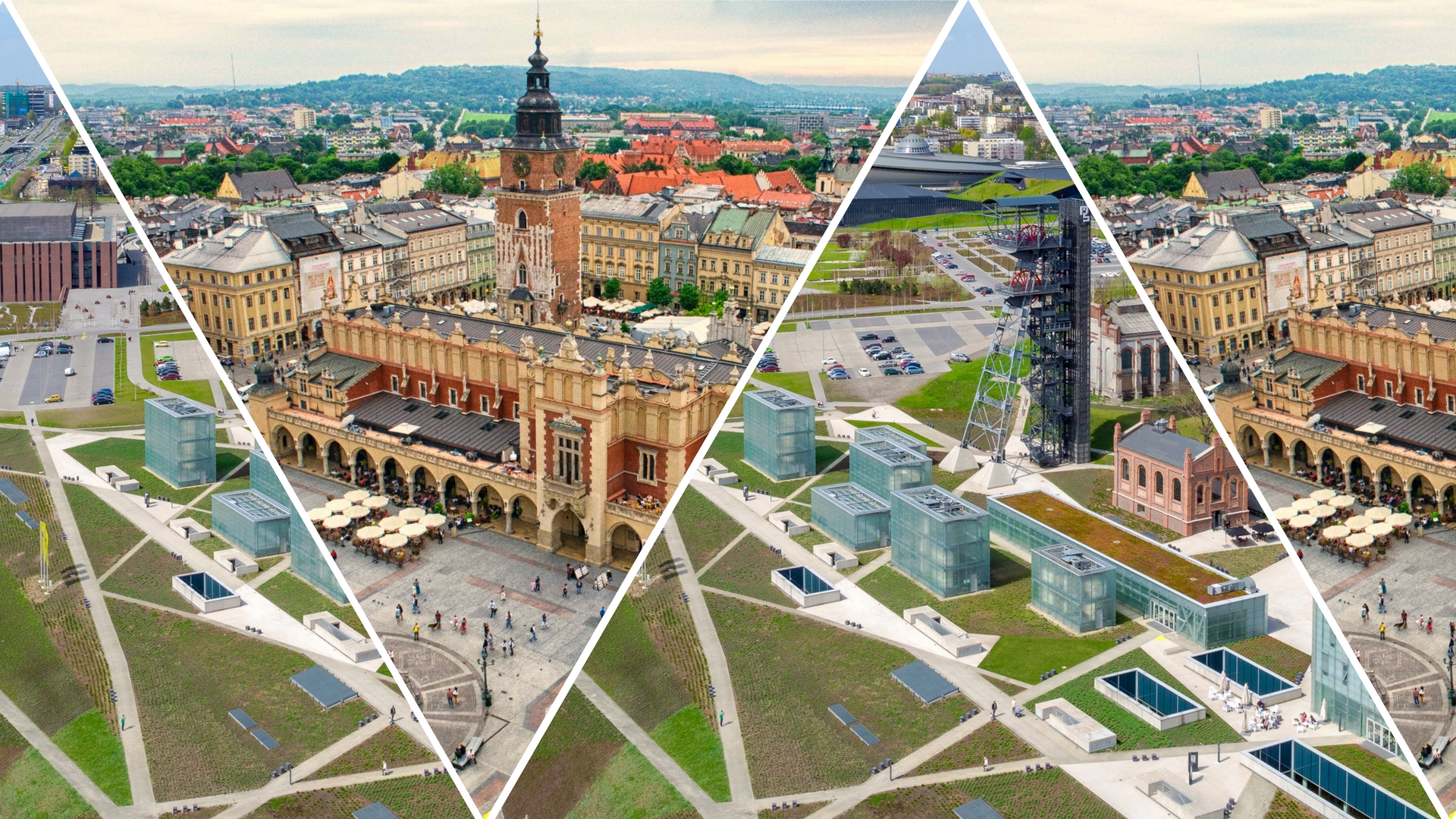 The Creative Cities Network is a UNESCO program launched in 2004 with the aim to promote cooperation between cities that base their sustainable development strategies on the creative economy. Cities may hold titles in 1 of 7 fields: literature, music, film, media arts, design, crafts and folk art, and gastronomy. Membership not only brings prestige but also the opportunity and responsibility to develop strategic programs that strengthen local creative centres and the exchange of knowledge and best practices between cities around the world.

The first Creative City in Poland was Krakow, which earned the titled of UNESCO City of Literature in 2013 as the first Slavic and second non-native English-speaking city in the literature sub-group. Since the days of Wisława Szymborska, Czesław Miłosz, Stanisław Lem and Joseph Conrad, Krakow has created the first municipal strategy for the development of the literary sector and book market, implementing pioneering programs that support literary debuts and emerging writers, develop the cultural life of bookstores, nurture cooperation with publishers, expand the scope and influence of the leading regional and national literature festivals — Conrad Literature Festival and Miłosz Poetry Festival, strengthen the largest International Book Fair in Poland and create innovative projects that utilize new technologies in the promotion of reading and literature, such as ReadPL!. The Annual Meeting will be a significant milestone in the year-long celebrations of Krakow’s 5th anniversary in the Creative Cities Network.

Present-day Krakow is an IFEA recognized International Festival City, as well as a member of the Festival Cities Network, the International Cities of Refuge Netowrk (ICORN), which offers shelter for persecuted writers, and the Network for Innovation in Culture and Creativity in Europe (N.I.C.E.). It is also a dynamic Central European centre for educational excellence with 250 000 students and a flourishing business hub of 150 companies registered in the BPO sector. Krakow is a city which effectively connects its rich tradition and heritage with its vibrant and magnetic contemporary reality.  The 2018 Annual Meeting will follow the 41st Session of the UNESCO World Heritage Committee, which will be held  in Krakow in July of this year. This only further accentuates the balance and productive partnership between heritage and modern creativity that exists in the city and informs its development.

I welcomed the news of Krakow and Katowice’s success with great pride and joy. It is an honour for us to host the UCCN Annual Meeting – said Jacek Majchrowski, President of the City of Krakow. The presence of such distinguished delegates from around the world in our two cities is not only an opportunity to better integrate the network or the exchange best practices, but also to underscore the value and contribution of knowledge and creativity in the sustainable development of cities. Katowice, a member of the UNESCO Creative Cities Network since 2015, is the first UNESCO City of Music in Central-Eastern Europe. It is a city with impressive tradition: composition schools with Henryk Mikołaj Górecki and Wojciech Kilar at their head, the amateur music movement reaching as far back as 100 years ago, or the unquestionable contribution to Polish jazz (Department of Jazz and Popular Music at the Music Academy) and blues (Rawa Blues Festival — the largest indoor blues festival in the world). Today’s Katowice draw millions of music fans for its summer music festivals (Off Festival, New Music Festival) and symphony concerts held at its exquisite halls of the Polish National Radio Symphony Orchestra (NOSPR) in Katowice. Katowice have implemented a unique municipal program for the development of the music sector, supporting emerging artists on their path to professionalisation, creating an incubator for music production, and carrying out a grant system for music projects. The international scope of Katowice’s work was confirmed by the decision to host the 2017 edition of the WOMEX World Music Expo (25-29 October). It will be the first edition of this significant world music event in Poland.

In our third year of membership in the Creative Cities Network, Katowice will be a co-organizer of the most important annual event of the Network. It is a great honour for our city. I treat it as recognition of the innovative and ambitious municipal programme for the development of the music and creative industries in Katowice. I am delighted that our partner is Krakow, which has supported us continually over the years on our path from a post-industrial city to a city of the creative industries. – said Marcin Krupa, President of the City of Katowice.

Located in close proximity to one another, Krakow and Katowice have for years enjoyed a unique and symbiotic economic, cultural and academic relationship as well as a mutually strengthening labour market. Krakow — once the capital of Poland and among the first objects inscribed to the World Heritage List, a leading academic hub of 23 higher education institutions and the cultural capital of Poland — and Katowice — the young and dynamic city with an industrial past, undergoing intense transformation — differ greatly in terms of history, and yet they are connected by their bold focus on the future and consistent strategies to develop their respective economies and communities by investing in creativity and culture. Since 2014, both cities award the prestigious Wojciech Kilar Award for Film Music and exchange knowledge and best practices as part of the UNESCO Creative Cities Network. With each passing year, „Krakowice” – an ambitious vision for a creative megapolis in Southern Poland — transforms from the daring vision of urban planners and cultural managers to a vibrant reality.