Weekend workshops with Max Cegielski and Jerzy Franczak, classes with Duży Format reporters, along with a series of meetings with editors working for the leading Polish publishing houses – we announce the first details of this year’s creative writing workshops’ programme.

From February to December we encourage everyone to take part in classes, during which – together with our invited guests – we will give you some tips and pointers on how to write, how to do it well and how to get a shot at having your book published.

Our first guest will be Jerzy Franczak – writer, essayist and creative writing lecturer at the Jagiellonian University, who will take the participants on a journey through the world of writing about emotions and teach them how to convey them in text. We will also learn about how to lead the reader on and how to make the emotional message in the text non-obvious, and yet unforgettable.

The workshop in March, delivered by Max Cegielski will be about journeys. Max is a journalist, writer and traveller, radio and TV presenter, as well as author of the MAXMASALA blog.

In spring we will have an opportunity to take part in two-day creative writing workshop with the reporters of Duży Format. The classes will be held by Anna Śmigulec, Renata Radłowska and Konrad Oprzędek – book authors and renowned journalists, working for the most important magazines in Poland (including Duży Format and Wysokie Obcasy). In April they will tell us about finding a topic for a report, talking with the hero and learning how to write using someone else’s texts.

You can find out more about the upcoming workshop on the Creative Writing Course website.

Meetings (not only) with editors

This year we also have a series of meetings and lectures accompanying the Creative Writing Course, proposed and organised by Maria Kula – editor, founder of the Novel Writing School. It is her who will host the Meetings with Editors – ones working for the largest Polish publishing houses.

Before their literary debut, the authors most often than not have no idea about what they should expect from a publishing house, so they submit their texts blindly. When they do not get an answer, the manuscript – often along with the dream of publishing a book – gets put away. On the other hand, every day the publishers are flooded with dozens of book proposals, which are often not in line with their expectations. The meeting of free, open “Meetings” was created to try and change this situation – allow both sides to get to know each other and understand expectations. The first meeting as a part of the series will take place in March and will cover fiction. Future meetings will feature editors of children’s literature, non-fiction and fantasy / science fiction.

All these classes announce yet another edition of the Creative Writing Course, initiated in 2015 as part of the Debut Support Programme (which also comprises the Conrad Award, handed out to the best literary debut of the previous year). During many intense months filled with workshops with writers, image experts, the most important editors from large Polish publishing houses and dozens of specialists, the participants learn the process of writing literature from scratch – starting with an idea and a first good sentence, through hard editing work, up to the ways of getting the attention of even the busiest publisher.

In order to make it easier for the participants, at the end of the course, an anthology of participants’ short stories is compiled and submitted to the largest publishing houses in Poland. Ahsan Ridha Hassan, who completed the first edition of the course – released his debut novel – Wieża (The Tower), dubbed a debut worthy of Neil Gaiman. In just few days, his latest book – Trupojad i dziewczyna – will be available on the market. 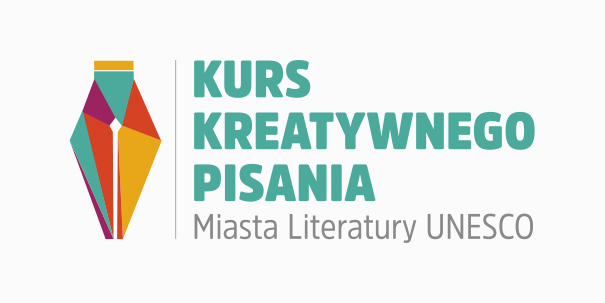